REPUBLIC OF THE PHIlIPPINES 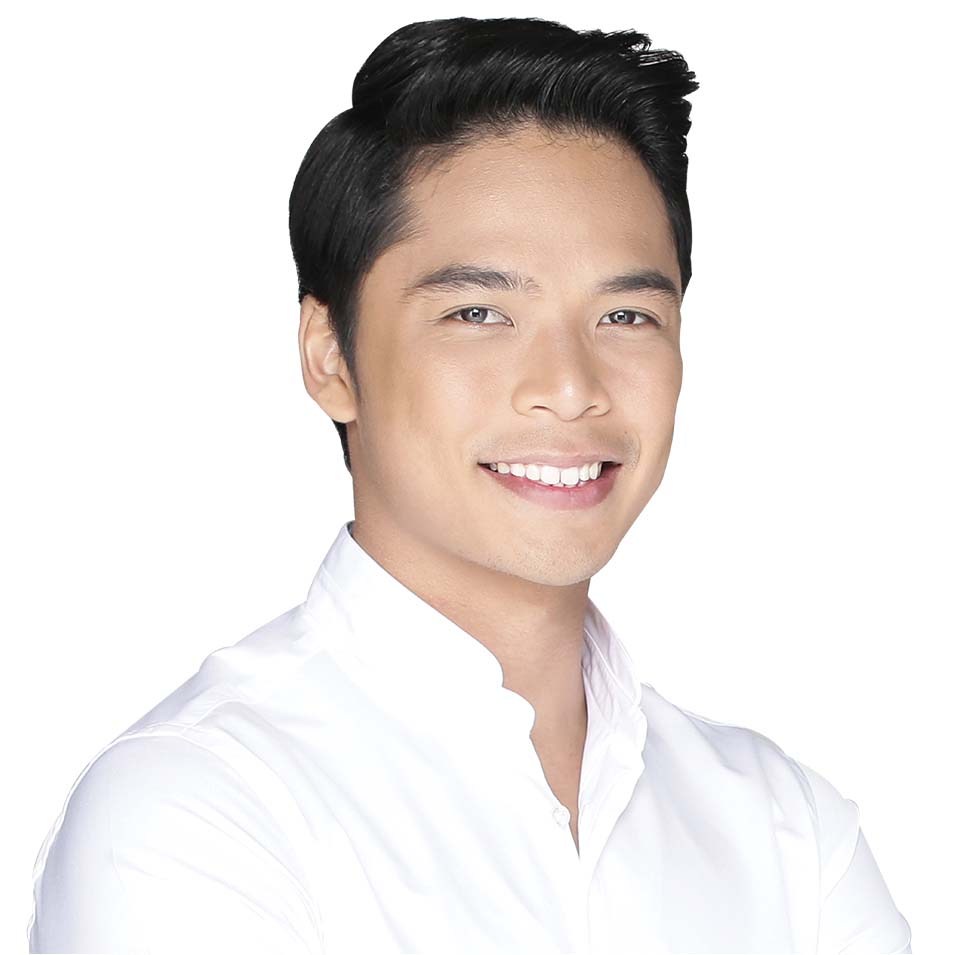 
At the tender age of 24, Governor Miguel Luis “Migz” Reyes Villafuerte became the youngest governor-elect in the history of the Philippines. A public servant through and through, he was the Vice-President for Luzon of the League of Provinces of the Philippines. In 2016, he was also proclaimed the Council Chairman of the Boy Scouts of the Philippines Camarines Sur Council. He is also setting the benchmark of excellence in public service for his fellow youth by being the Founder and President of the Visionary Organization of Young Chief Executives or VOYCE and of the Youth Development Affairs Center of Camarines Sur or YDACCS. A staunch advocate for the environment, he is also the Climate Change Ambassador of the Philippines.

His many achievements won him both national and international recognition. He was honoured to be part of the People Asia 2014 Men Who Matter along with the likes of former US President Barrack Obama and other renowned businessmen and public officials. He was also awarded by the Department of Health as an Unsung Hero of Typhoon Yolanda. He was also given the Bronze USA Award by the Boy Scout of the Philippines National Council in less than a year of his outstanding service as CamSur Council’s Chairman.

Camarines Sur is located in the central part of the Bicol Peninsula, the southeastern part of Luzon Island. It is located between 140 10' and 130 15' North Latitude and between 1240 10' and 1220 40' East Longitude. It is bounded on the north by the province of Quezon and Camarines Norte, San Miguel Bay, and the Pacific Ocean. On its south is the province of Albay, its east the Lagonoy Gulf, and its west the Ragay Gulf. 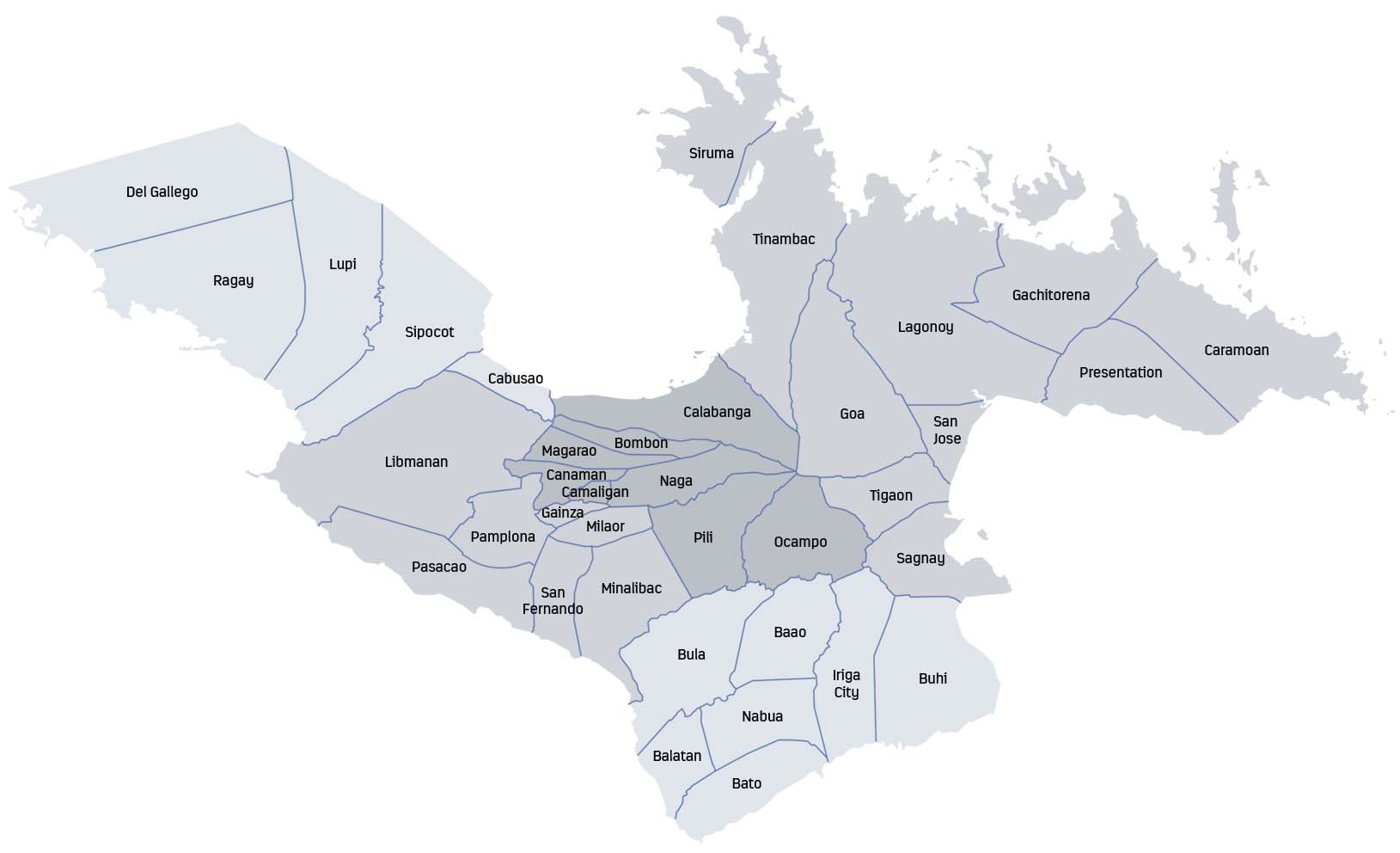 Camarines Sur is hilly and mountainous with a flat central area known as the Bikol plain. It is generally flat at the midsection, between mountain ranges, with other small coastal plains on the northeastern coast. These areas are circumscribed by rolling hills. The ravines are deep, while steep slopes are covered only by cogon. Mangroves and nipa swamps form along both coasts of the province.

The province's water resources, both ground and surface waters, are abundant and could very well meet the various demands of development. There are also numerous hydo-electric potential resources and large areas for irrigated area development and expansion.

Its inland waters consist of an intricate network or rivers, streams, and creeks that serve as natural drainage, particularly in the basin area. There are also three fresh-water lakes, namely, Lake Bato, Lake Buhi and Lake Baao, with a combined surface area of 5,482 has.

The Bicol River, the largest river in the region, is considered the main drainage channel for the major basin area of the Bicol Plains. With an approximate length of 95 kilometers, it begins at the outlet of Lake Bato and flows across the plain to San Miguel Bay. Its tributaries have formed the famous Bicol River Basin, which comprises 312,000 hectares of fertile agricultural lands, including 185,000 hectares of watershed area.

Soil texture ranges from clayey to gravelly. The Bicol plain consists of loam, clay loam, and deposits with silt materials along the banks of the Bicol River. Generally, the surface is moderately dense and compact. The plains and valleys of Camarines Sur are covered by secondary soils, while its hills and mountains are covered by primary soils. The soils of the province are divided into 3 general groups, namely:

soils of plains and valleys from Pili, San Miguel Guigua or Balongay series;

soils of hills and mountains from Tigaon, Bacolod, Faraon and Luisana seriest; and 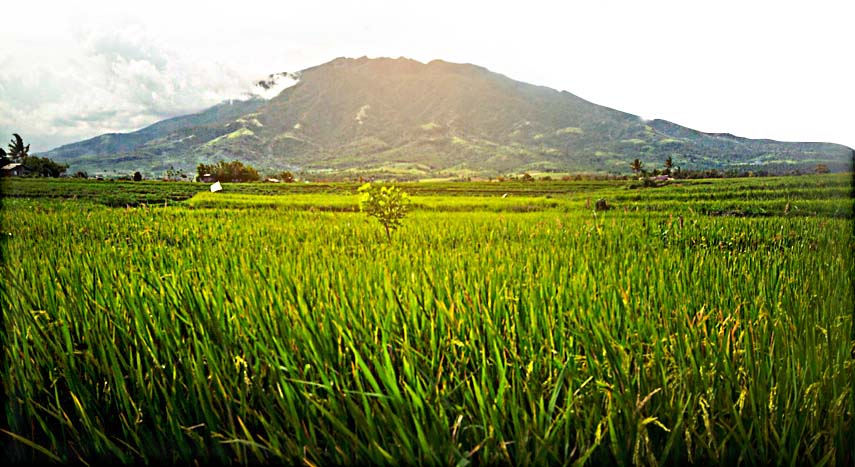 The existing land use of the province may be classified into 5 main categories:

Agricultural areas- areas devoted to agriculture, such as irrigated and rain-fed areas, and lands devoted to crops and fruit trees;

Wet land areas- consist of mangrove, marshland, and fishponds; and

The existing land use of Camarines Sur is still predominantly agricultural. The next biggest land use in terms of land area is grassland/shrubland. 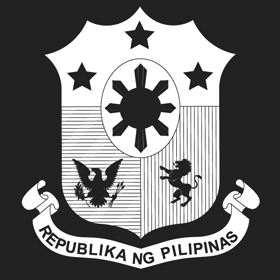